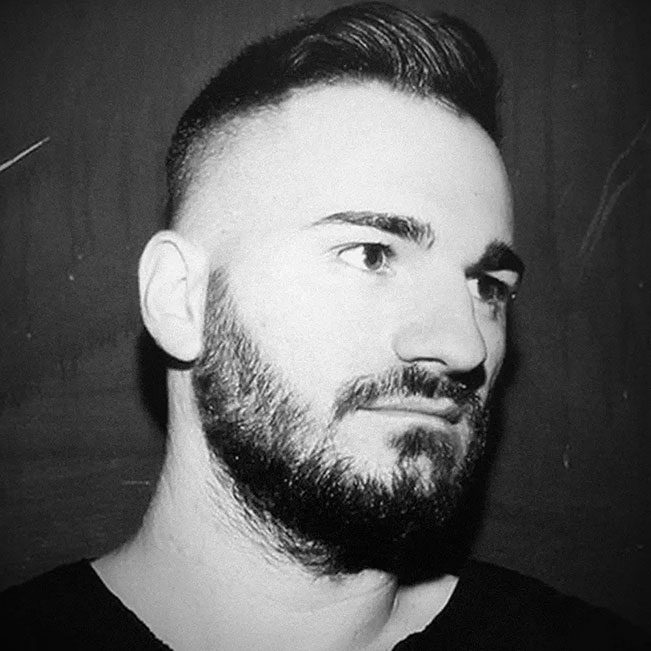 DJ Dep (Naples 1986)
draws near to the music to the thirteen year-old age playing a tool to breath in a musical band of his city. After 3 years of experience, to the 16 year-old age, it grieves to the world of the djing. From that day it gets a series of experiences and successes that bring him to play on a lot of consoles in Italy and to the foreign countries. The emotion was as much to make music and, little by little he has begun to work with the first programs to make music. Going on with the musical production has found positive results making to know his own music going out on so many discreet labels. The official exit on Blackflag (Label of Stacey Pullen), entitled HUMMOR, he has brought him further visibility until to arrive to a Top Label or rather Circus.
in 2014 I was a guest at a party in messina called
Ursin & friends!
and in London at the Rhythm Factory in August!
just started 2015 and my first date outside Italy or budapest! along with the collective machine in a prestigious club calling «volt» with friends RAW