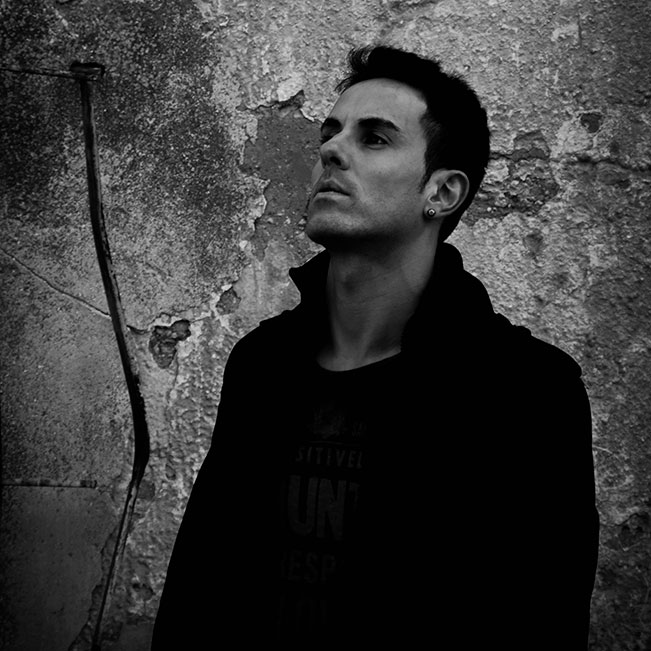 It has been a long time since he started playing in clubs around 1998, time when he spent the whole day listening specialized programs of radio, playing at home with music programs creating his own music, doing his mixtures, rehearsing with vinyl record, etc. Step by Step he began to record his sessions, rapidly acquiring a technique and style, all prompted him to take part in the different discos of his city.
And that´s the way he was introduced in the national market working as a DJ, getting at the same time DJing skills. At first it was like a hobby just for spend a fun time but then he began to improve this skills, offering his spectators every night something fresh, different and attractive.
Sharing his concerns with other artists, he perfected his own style so he decided to work professionally as DJ, it stopped being a hobby and began to be a way of life.
Due to his growth in popularity he could collaborate with brands of great relevance, which allowed him to meet the most important people in the industry, sharing DJ booth with renowned artists of national and international scene, earning his own place as one more in the music outlook.
His curiosity to create was always present, around 2008 Carlos decided to be the creator and producer of his own music.
He offered in each session a special touch with different shades where he expresses his talent and quality; this has led him success on the stage and take part in different events in our country. Carlos gained an extensive experience and recognized residences in several clubs such as «Destino Pacha Ibiza».
He has specialized not only in House music style, predominant musical genre, but also in other different styles as Deep, Techno.
His constant evolution makes him acquired new knowledge and experience with new sound, and over time came labels like Moon Harbour, Audiomatique, Deeperfect, Kindisch, Leftroom, DTD, Sintope, Monza Ibiza, Ametist Records, Natural Rythm, Jett Records, Flow Musique… getting hits and tops on Beatport and getting recognition within the electronic scene.
in 2009 it signs its first track Windjammers in the seal of Wally Lopez Factomania
After a hard work aside from the track as Mesias, So Much Deep, Solo Con Hielo and Bastos Y Picas so picking numbers 1 in Romania, Switzerland, Bulgaria…
Currently Carlos keeps growing. Now he is involved in new projects, as his radio show on Ibiza Global, also we can mention his summers in Ibiza latter being is resident his Destino Pacha and have played in Sankeys, Privilege, Space.
Remixes for international artists like Djuma Soundsystem, Belocca, Steve Bug, NTFO, Andre Butano, Jay Tripwire, Dj Simi …
Recently his productions have been supported by DJs Solomun, Marco Carola, Maceo Plex, Lee Foss, Jamie Jones, Matthias Tanzmann, Stefano Noferini …